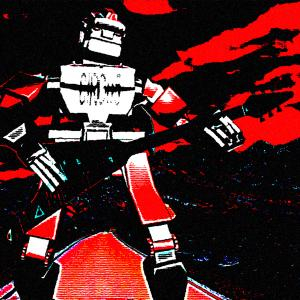 On 1 December 2020, CIRCU5 released a new single − Skin Machine − ahead of the follow-up to their self-titled 2017 debut album. Skin Machine is available on all streaming and download services.

"Skin Machine is a monstrous freak show exhibit in musical form − bulbous, pungent and spectacularly tetchy," said CIRCU5 frontman, Steve Tilling. "But those who dare listen are in for a hairy rocker that leaves them humming for weeks. It showcases everyone’s abilities and is a great example of how the second album's shaping up."

The new single and album continues the story of Grady: a test-tube-conceived psychopath on the run from the state. "Following rounds of psychedelic experiments, Grady was released from the CIRCU5 compound at the end of the first album," said Steve. "Our next album explores Grady's attempts at avoiding capture, execution and indoctrination into a death cult. You know, cheerful stuff like that." 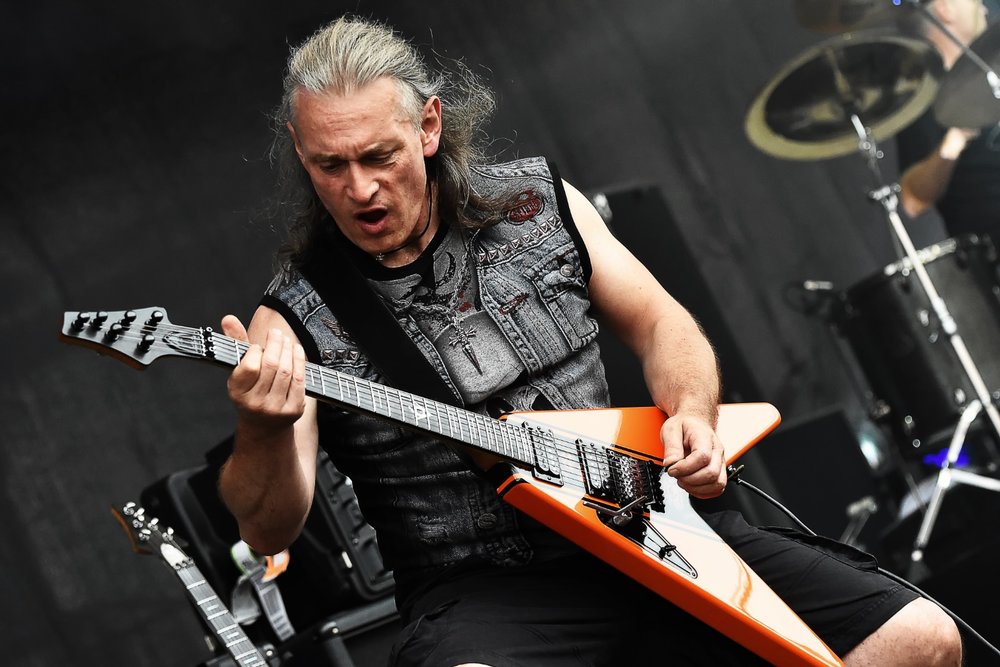 A fearsome new exhibit has joined the CIRCU5 freak show…

Step inside and say hello to… PAUL CLARK, who's joining us on guitar and backing vocals. Paul was previously a member of the David Cross Band (King Crimson). He's also a renowned movie trailer and media music composer. Best of all, he's a top bloke who rocks hard and is really into CIRCU5.

Having Paul onboard helps cement the CIRCU5 line-up. Many thanks to Matt Backer and Chris O'Leary for their sterling work and playing – both remain great friends and CIRCU5 freaks (you never truly escape). 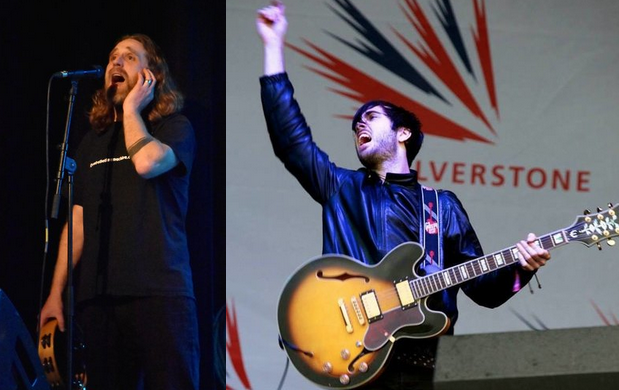 CIRCU5 is delighted to welcome two monstrous performers to its ranks…

LEE MOULDING  (Rewire the Time Machine) on drums and vocals, and CHRIS O'LEARY (K band) on guitar and vocals.

Catch the amazing new line up at THE WATER RATS, London on FRIDAY 14 JUNE, with Mellotronanism (Fossil Fools). 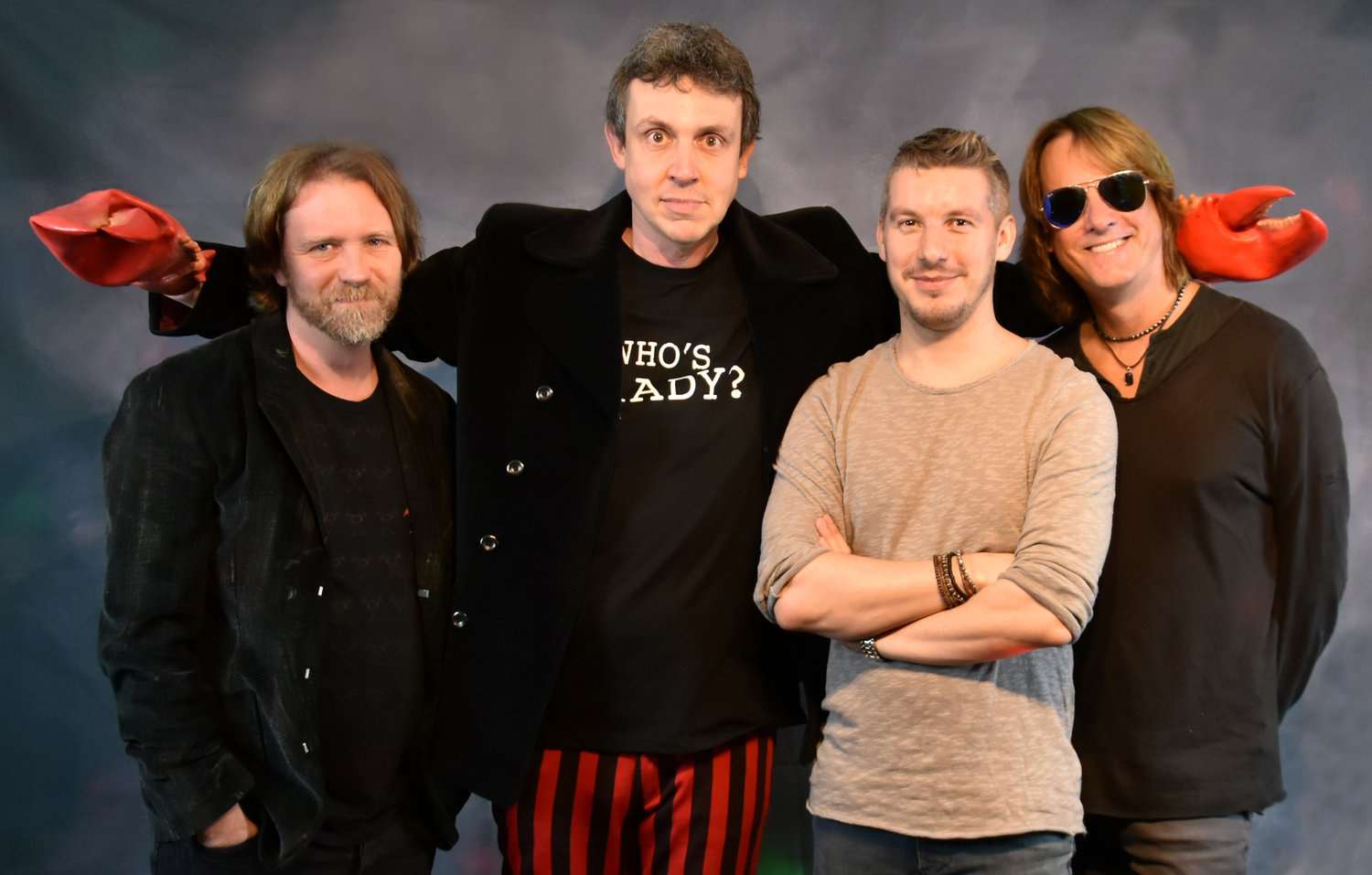 CIRCU5 is no longer a one-man freak show. Joining me (Steve Tilling) are Mark Kilminster (ex-Tin Spirits) on bass and vocals, Greg Pringle (Roger Daltrey band) on drums, and Matt Backer (Julian Lennon/ABC) on guitar and vocals. We're busy rehearsing our act and can't wait to perform at these shows. Please come along!

Fancy a CIRCU5 t-shirt? All-new limited edition t-shirts will be available at the shows.

Thanks so much for your support. Every ticket, CD and t-shirt you buy means we can keep making and performing music for you. And please spread the word about CIRCU5. The more we can get on board the merrier. Here's to seeing you at the shows!

Steve Tilling
CIRCU5
P.S. If you don't have the CIRCU5 album yet, you can get a personally signed copy here. 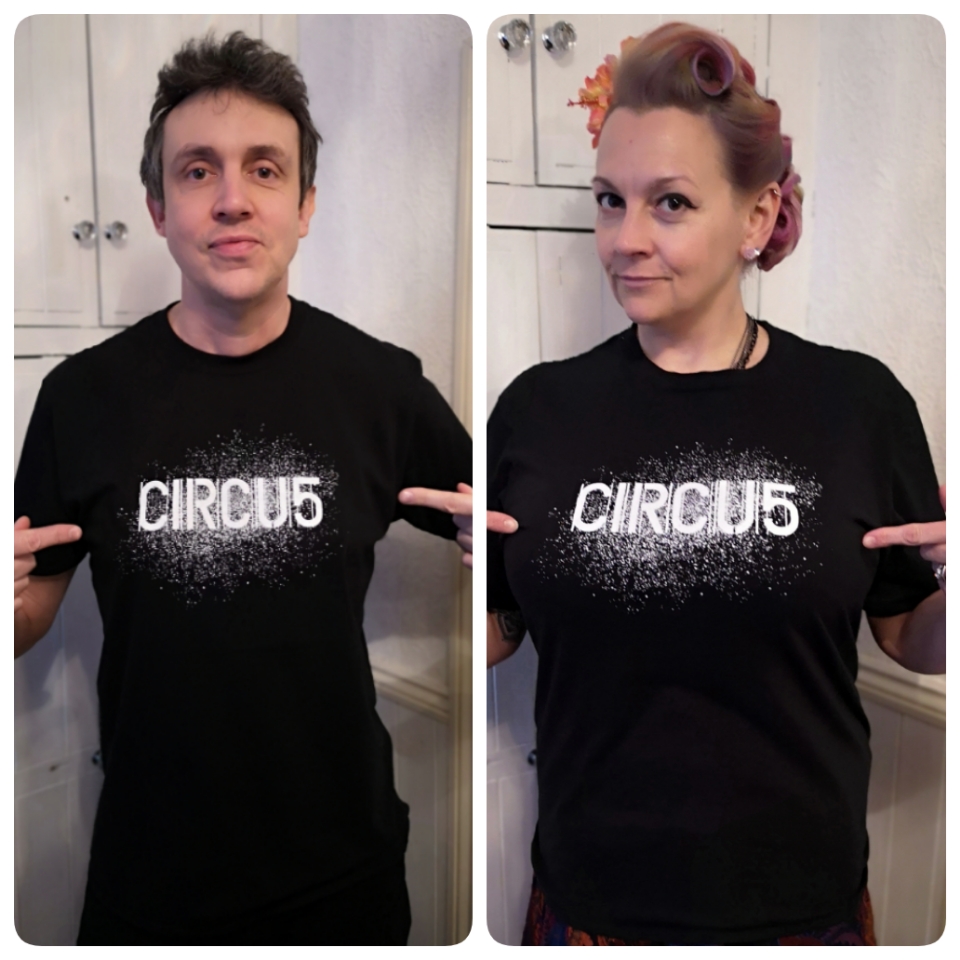 This season’s must have fashion item is here… the all-new CIRCU5 T-Shirt… available in L, XL, M, S, XXL . Just £10 plus postage (UK, Europe and Rest of World).

Matt Backer - guitar and vocals. I've played with Matt for many years in Johnny Warman's band. A virtuoso, he plays with ABC and has a solo career that's really taking off (Matt Backer Music). He has great vocal talents, axe skills, teeth and hair.

Mark Kilminster - bass and vocals. Mark is the frontman and bass player for fellow Swindon rockers, Tin Spirits. A mind-blowing singer and bassist, he also has great teeth and hair.

Greg Pringle - drums. Greg also plays with me in Johnny Warman's band. A fabulous drummer, he's played with Roger Daltrey and in The Who's Quadrophenia shows. Young. Fit. Teeth. Hair.

… and me (Steve Tilling/Grady) - lead vocals and guitar. Clawing frantically to keep up with these other talented buggers. Crap teeth and hair.

Our debut live appearance is at the FUSION 2019 festival on Sunday 24 March 2019 at The Civic in Stourport.

I'm so chuffed I'm no longer the sole freak in CIRCU5, and that I have Matt, Mark and Greg accompanying me in my cage.

I'm delighted to reveal the new video for The Amazing Monstrous Grady. Hope you like it!

This Friday (16/3/18), 7pm, frolic with me through the crazy world of Circu5 - on Marlow FM's Friday Rock Show. The host will be picking my fried brain about the album, its story, songs, and esteemed guests. Expect joy, tears, laughter and a chat about lobsters. https://www.marlowfm.co.uk

New video for The Chosen One - Transfiguration

Roll up and tune in... 60 minutes with Steve Tilling (Circu5)

Check out this hour-long interview with Steve Tilling (Circu5) on the Pete Feenstra Feature from Get Ready to Rock Radio. In this special, Steve chats to Pete about his music and influences, and we hear tracks from the Circu5 album

The Chosen One - Ascension - lyric video

Here's a new lyric video for the last song from the Circu5 album - 'The Chosen One - Ascension' - featuring Dave Gregory on electric guitar, and Matt Backer on additional electric guitar. Photography by Lou Young, and design by Rich Webb. I hope you have a great 2018.

I hope you have an amazing Christmas and New Year. 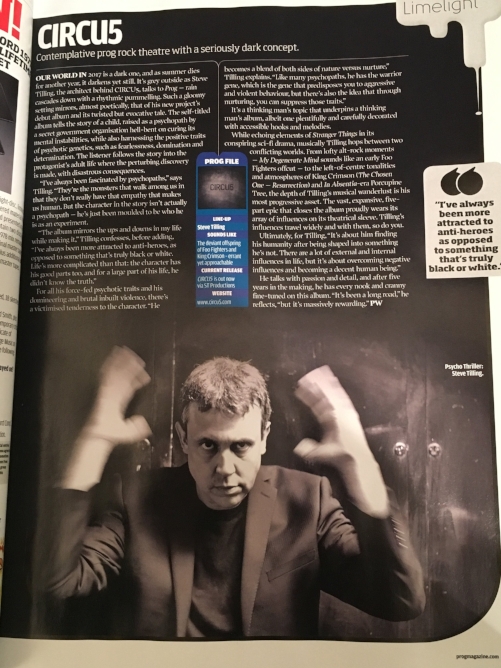 Thanks to Prog magazine for the great article and review in the latest issue (81), available now... "Steve Tilling has made a compelling debut. It's a tight, dark intelligent album."... "It's a thinking man's album, albeit one plentifully and carefully decorated with accessible hooks and melodies... the depth of Tilling's wanderlust is his most progressive asset." Check out the album here: http://www.smarturl.it/circu5

It's here... the CIRCU5 album. I hope you like it as much as I enjoyed making it. The CD comes with a 28-page booklet, 'secret document' and a card for a high-quality album download - all for £9.99. This has been a lifelong goal, and a five-year journey with many ups and downs. So, thanks for listening and supporting me. I appreciate it. If you like what you hear, please support me by exploring your purchase choices here. 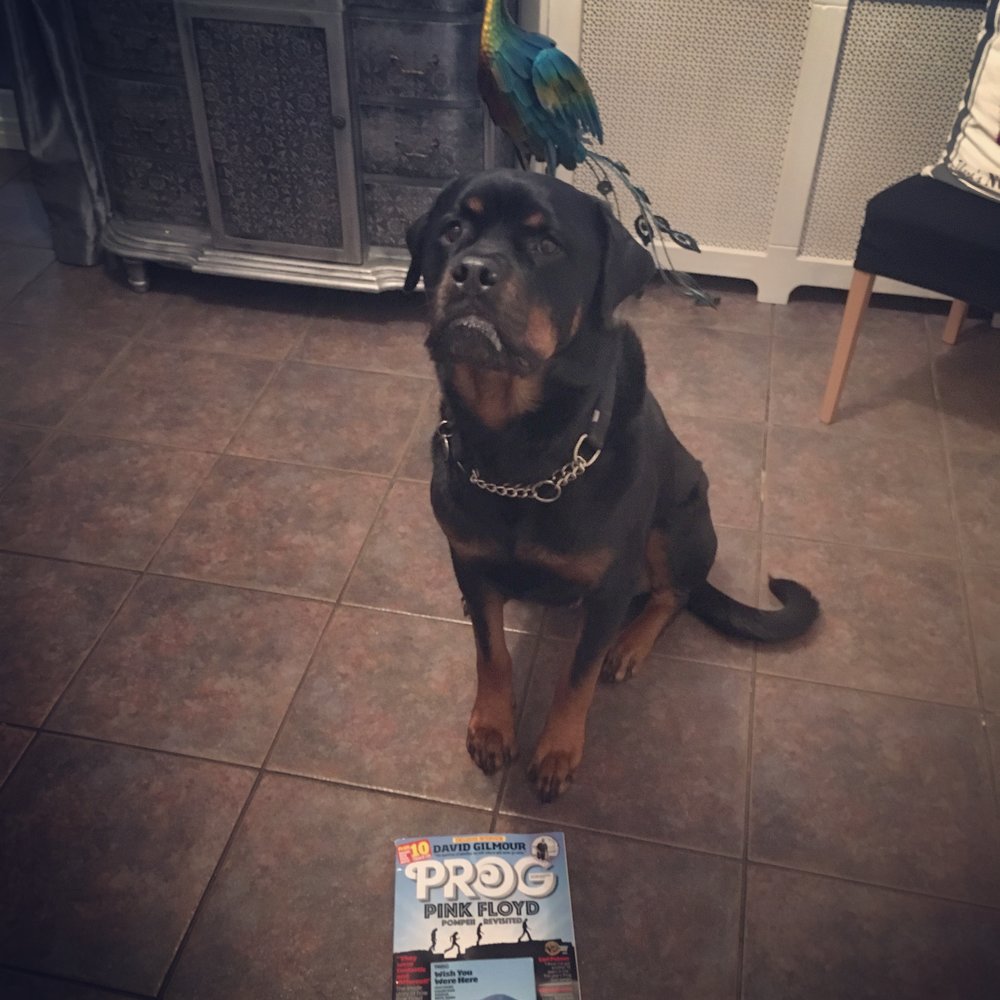 The CIRCU5 album is being exclusively distributed by leading UK progressive/rock label BURNING SHED, which is home to artists including Pink Floyd, David Bowie, King Crimson, XTC, and many more. Order the CD with 28-page booklet for £9.99 now at Burning Shed.

CIRCU5 is delighted to have signed a publishing deal with Yell Music. Yell Music is run by the lovely Jana Yell, who has been involved in the music industry most of her life. Her longest and most recent time was with Warner/Chappell Music in London.